The human immune system is the body's barrier against infections and other harmful invaders and is made up of special cells, tissues, and organs. When the immune system does not work properly, an immune system disorder is considered to have occurred. 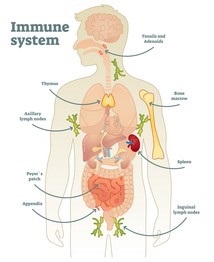 Therapeutic proteins in the treatment of immune diseases

TNF (tumor necrosis factor) is a regulatory cytokine that is important in protein signaling in the immune system, organizing the interactions between immune cells and directing many of their functions. Throughout life, TNF, especially TNF-α/TNF-β and its receptors, exert regulatory effects on different immune cells by activating different genes related to inflammation, proliferation, differentiation, and apoptosis. members of the TNF family are effectively involved in the messaging response of chemical messengers in the immune system.